This is animation test for 3d animation position in Amcon. They provided me with rigged, skinned mesh of heavy character and asked me to make special attack animation. This animation will be used in the fighting game like ONE PIECE: Pirate Warriors 3.

I did’t have much time and that’s what I managed to do:

I drew a story board. I thought it will be awesome to make the character stick his spear into the ground and add a special effect like earthquake, shock wave and cracks in the ground when the spear sticks into the ground. After that he leans back, getting ready to jump and fires like a bullet, making spin around the spear, hitting the enemies all around. And landing back, to the idle pose. 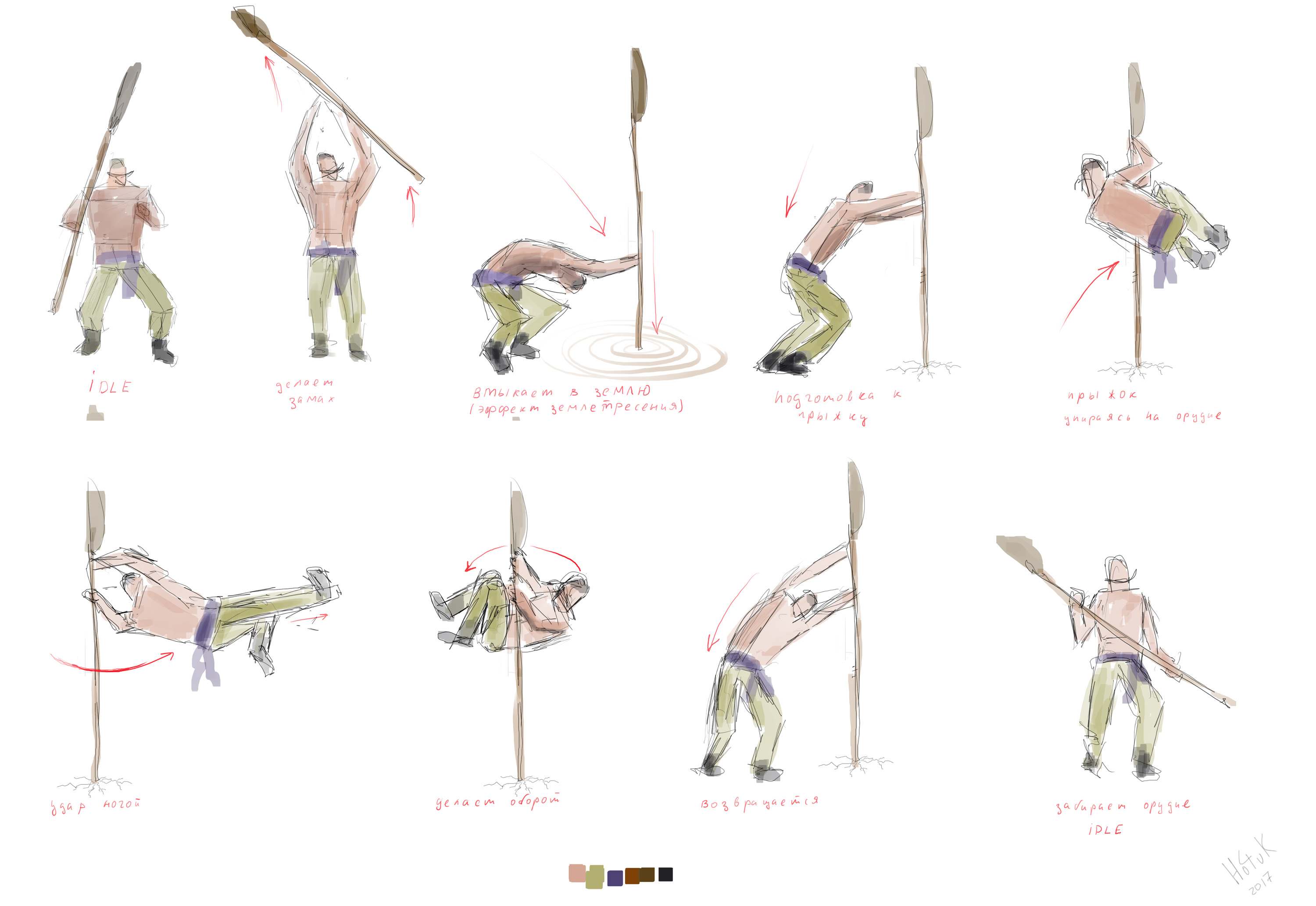 I stopped between blocking and smoothing animation.